It was early-morning in Ecuador and the air was cool as the clouds gathered against the Andes Mountains. The Shuare Indian guide directed us towards a large cargo truck, which was laden with other indigenous people returning to the Amazon jungle. Andres had lived with me in Mexico for two years. He was of German descent, so he didn’t look Latin. However his culture was Latin and his Spanish impeccable. He was my only Christian companion on this trip to the Amazon basin. We had been told two days previously that Shuares would not receive missionaries. Andres and I did not know how long we would be able to hide our convictions but at least we would be well into the Amazon by the time we were discovered. The diesel motor was clanging away as bags of rice and beans were thrown onto the cargo truck by the Indians returning to their villages. The sky was dark and threatening and within minutes the rain was pouring in sheets. Quickly, the canvas covering over the truck was saturated but at least it kept the rain from directly assaulting us. On this trip was another young man named Ihor from Czechoslovakia. As the overloaded truck began to crawl forward on the narrow sandy road, time was of the utmost importance. A heavy rain would soon jeopardize the road, which had been cut into the edge of a steep cliff with only a tributary beneath which emptied out into the Amazon River. It was a long way down and there was very little chance of surviving if the truck fell. The noisy diesel engine was in competition with the noise of the rain and I caught glimpses of falling road behind us through the flapping canvas. If we stopped we’d go down. My heart began to race and my Spirit began to pray. Ihor had also become quite nervous. Eventually we rounded the mountain and the cargo truck got to safer ground. We were all greatly relieved. As Ihor began to ask me questions enroute to our destination I carefully avoided the issue of my occupation. I was a missionary. Missionaries were not allowed on this trip. It wasn’t long until Ihor asked the question; “So what do you do for a living?” I quickly changed the conversation. It became apparent to him that I didn’t want to talk about it. The rain stopped in the sun was now shining brightly. The canvas had dried and we were now in the open air on top of the truck. Once again; asked Ihor, “What do you do for a living?” Having not traveled sufficient distance to be past the point of no return, I avoided his question. Sensing my reluctance, he left our conversation drift. Finally, as if he could stand the suspense any longer he burst out and said; “You’re a drug dealer!” “No, nothing like that” I replied. Now it was late in the afternoon and we were well into the jungle. “Ah, I know” he said, “Your a pimp. That’s why you don’t want to tell me what you do!” “No!, nothing like that”, I replied. “Why sure you are”, he retorted. “You find girls in the villages and bring them to the city to work for you.” Finally I could hold it any more and simply told him the truth. “I’m a missionary. Not a drug dealer, not a pimp… a missionary! I tell people about Jesus”. “A missionary!” He exclaimed. “Oh no! I can’t believe this! I just came for my brother’s house in California in he has become a Christian. All he talked about was Jesus. And now I’m a million miles from nowhere, in the middle of the Amazon jungle and the only person who speaks English is you, a missionary. Just don’t talk to me about Jesus.” Two days later at camp by the Bobonazo River I was sitting in the canoe just before nightfall when Ihor came to me and in a whispering voice asked; “You don’t believe that Adam and Eve stuff do you?” This was the beginning of a long list of questions that he asked.

Days later we stopped in an Indian village where the children were painted up with animal markings to invoke the spirit’s of those jungle animals. Under a thatched roof sat an elderly man with a plate of food. As I approached the gentleman Ihor was behind me with eyes wide-open, staring at the man’s plate. It was a plate of smoked termites still alive. Ihor’s eyes were as big us saucers. The man assuming that Ihor was desirous of his food offered to share. Culturally, we were obliged to eat. It would have been an offense to refuse. With the uttmost precision, the gentleman showed us how to remove the head, legs and wings before popping the thorax into the mouth. Our friends name was Headhunter. “That’s an unusual name”, I thought. “Shouldn’t he have a Shuare name? How did he get an English name?” The guide then explained to me in Spanish that our dinner host was the proud winner of 62 shrunken heads and that other people on this trail gave him that name after he showed them his collection. Had I not understood the cultural setting of why victim’s heads are taken I may have not slept well that night. After all, I have fair skin and red hair. That should be quite a novelty to a headhunter. But even in the jungle innocence is recognized. Even a headhunter never takes the head of a person with whom he has no quarrel. Therefore having gratified my dinner host by accompanying him in his termite buffet I slept soundly that night on the floor of his hut.

Arising early in the morning we left Headhunter and I somehow became separated from the rest of the group. I have not been lost since I was a child and the feeling of disorientation was totally new to me. I hoped to reestablish contact with the rest of the group by whistles and calls but the dense foliage of the Amazon jungle made an incredible soundproof barrier. I tried to return the way that I came, or so I thought, only to find myself in a completely different place. Soon I was in very tall grass and because it was near noon I couldn’t tell east from west. The grass was a thick mat underneath me and all of the grass surrounding me was taller than me. What if a wild animal attacked me? I had no gun, not even the knife. I couldn’t even find a stick to defend myself. I began to pray. I had 360 degrees to choose from. So my odds were 360 to 1 of choosing the right path. One thing I did know, and that was I couldn’t stay there. Or maybe I should? Surely they would come looking for me and if I wandered too far away there would be less chance of them finding me. Something inside compelled me to walk. The jungle floor was so thickly covered that I was not sure of what I was feeling underneath my feet. It seemed to be a round long object but because of the grass I couldn’t discern what it was. As I took another step the object seemed to still be underneath my feet. I took several steps feeling the same object under me. And then I heard a most unusual sound, running water. It seemed close yet far. In fact I could hear it underneath me. “How could that be?” I thought. Within a few more steps I could see shimmering lights of water and wet rocks through the grass beneath me. I was definitely outside of the laws of probability regarding 360 to 1. In the course that I had chosen I had walked across a fallen tree bridging an abyss with a river below. Had I chosen only inches to the left or to the right I would have fallen easily thirty feet below onto the rocks and surely broken a leg or a foot and become immobile and therefore easy pray to a jungle predator. Since God had obviously directed my path I continued confidently and joined the party within the hour. When I saw them I wanted to yell and scream and hug and kiss them for my heart was exploding with joy. But they were emotionless. They never even knew I was lost. They assumed I ventured off by my own will for some jungle exploration. They acted as if our reunion was no big deal. They could not relate. It was that day that we caught another cargo truck and rode out of the jungle, and it was a good thing too. Only hours after we exited through our narrow, sandy road on the mountain’s edge that an earthquake sent the road sliding into the tributary below. The only road out of the Paztaza region of the Amazon was through Quito, which would have delayed us two weeks.

A few weeks later returning from Bolivia we passed through Peru. It was late in the evening and the bus pulled up to the stop. Andres and I boarded. The seating would not accommodate us together so we sat separated. I sat next to an Aymara Indian girl. Her heavy Indian garb made out of colorful yarn smelled like campfire. Her skin was red, dry and cracked from the wind and I was surprised how comfortable she seemed sitting next to a person who looked as strange as me. Soon the bus hit some kind of checkpoint and her dark eyes darted around the bus. I could tell she was nervous and searching for a way out of a coming predicament. She then turned to me an asked if I would carry a box for her. Until then I had not heard her speak Spanish, only the local Indian language of Aymara. I told her without knowing what was in the box I could not do that. Being a foreigner I did not want to jeopardize my visa invitation into her country if her box contained contraband. The bus then unexpectedly continued and the danger was over.

However a channel of communication had been established and I was now free to speak to her in Spanish about the gift of eternal life through Jesus Christ. As I was speaking, I mentioned heaven upon which she immediately stopped me and said; “Oh, I want to go. Can I go there too? Can I?” I never saw a person so excited about going to heaven as this Indian girl. So many places she had been denied. In so many parts of her own country she was not welcome. But this place, heaven… must be a very special place if Aymara Indians could go in. “Yes, you can go”, I assured her. “But there’s a very special man who will take you there, his name is Jesus.” Her excitement overwhelmed her. She was now leaning forward and bouncing up-and-down on the seat. Staring at me without blinking, anxious. I never saw anyone so excited in my life. We prayed together and she received Christ and the promise of eternal life in heaven.

From the Jesus House to Port Au Prince, Haiti

Dignata School of Justice, making Diciples around the World. 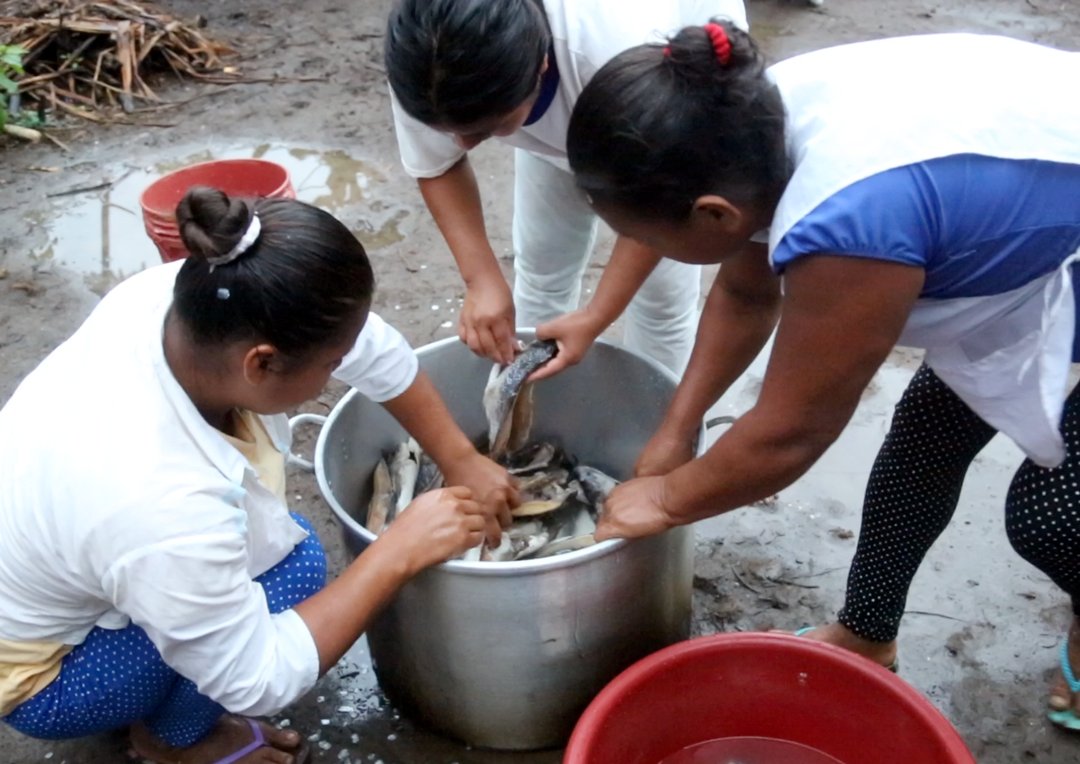 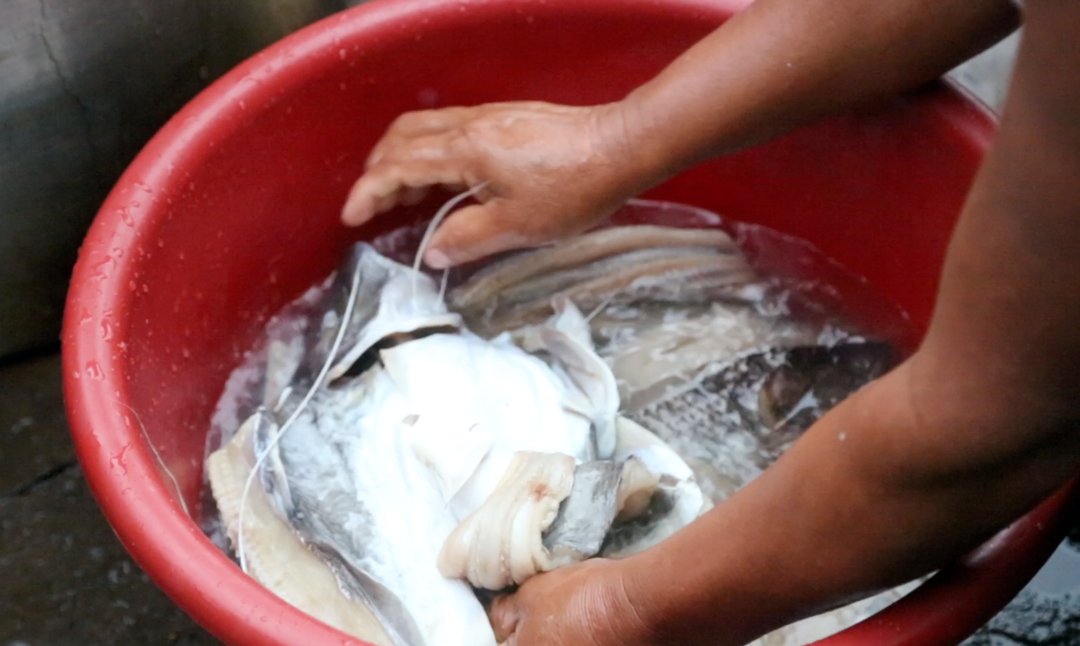 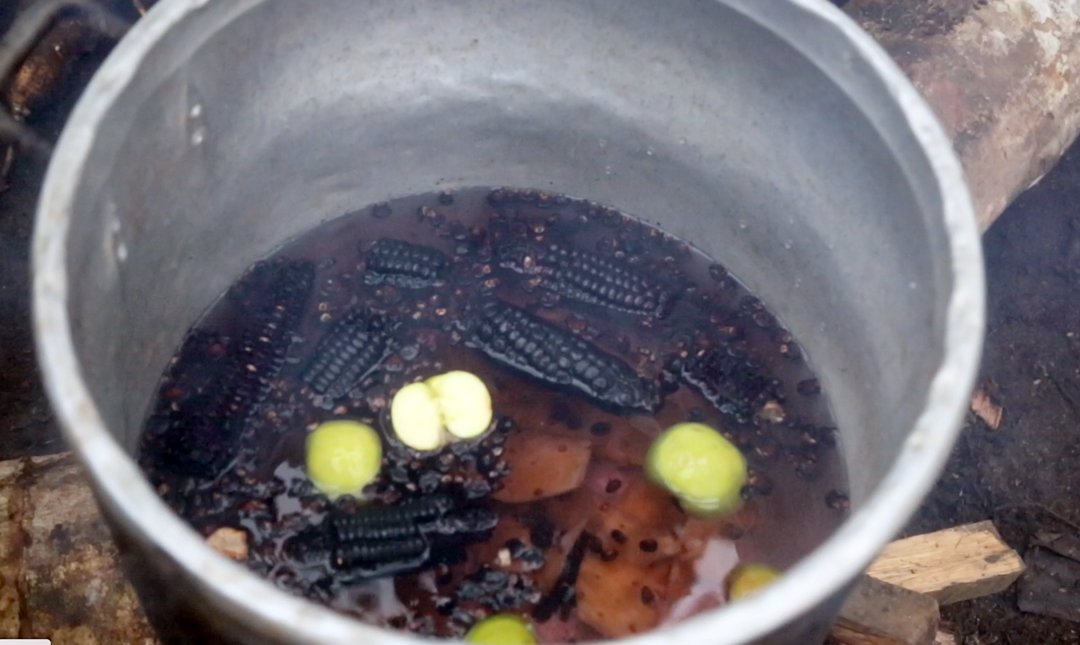 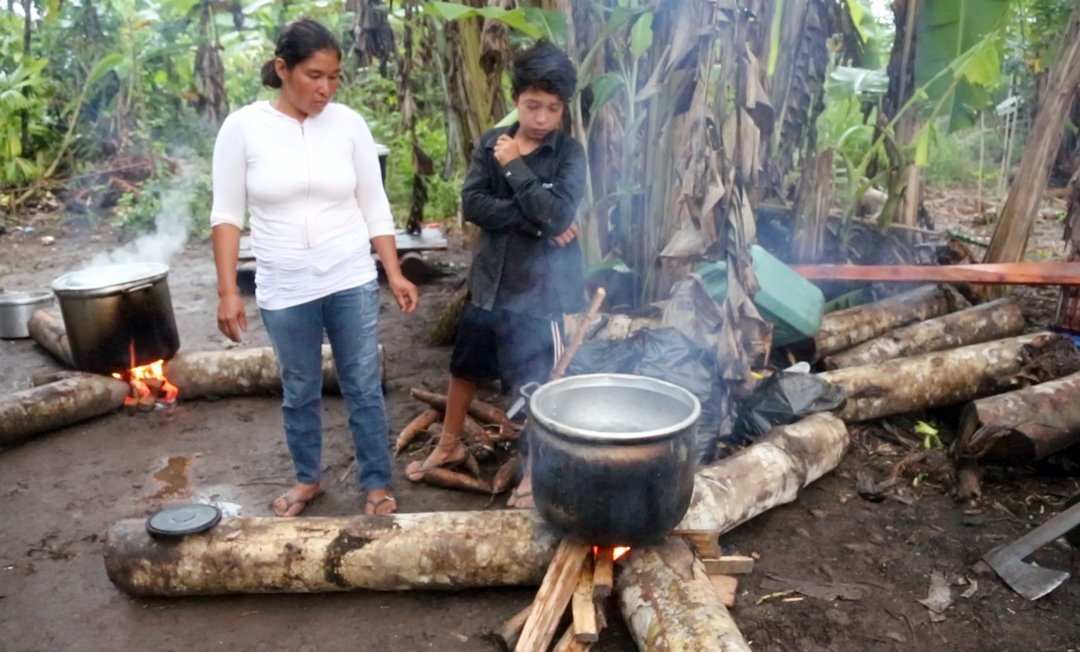 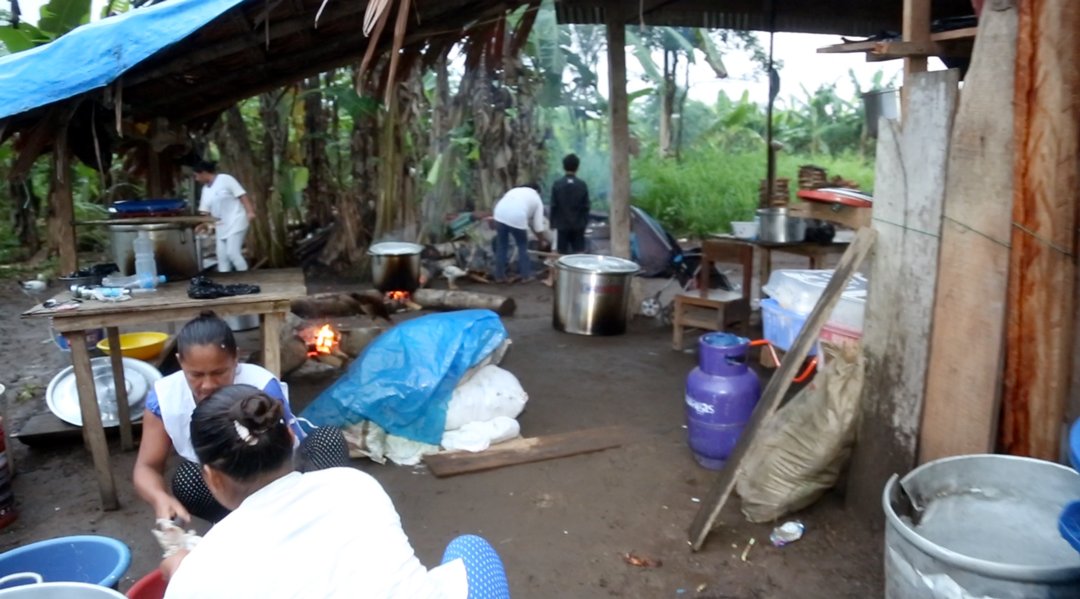 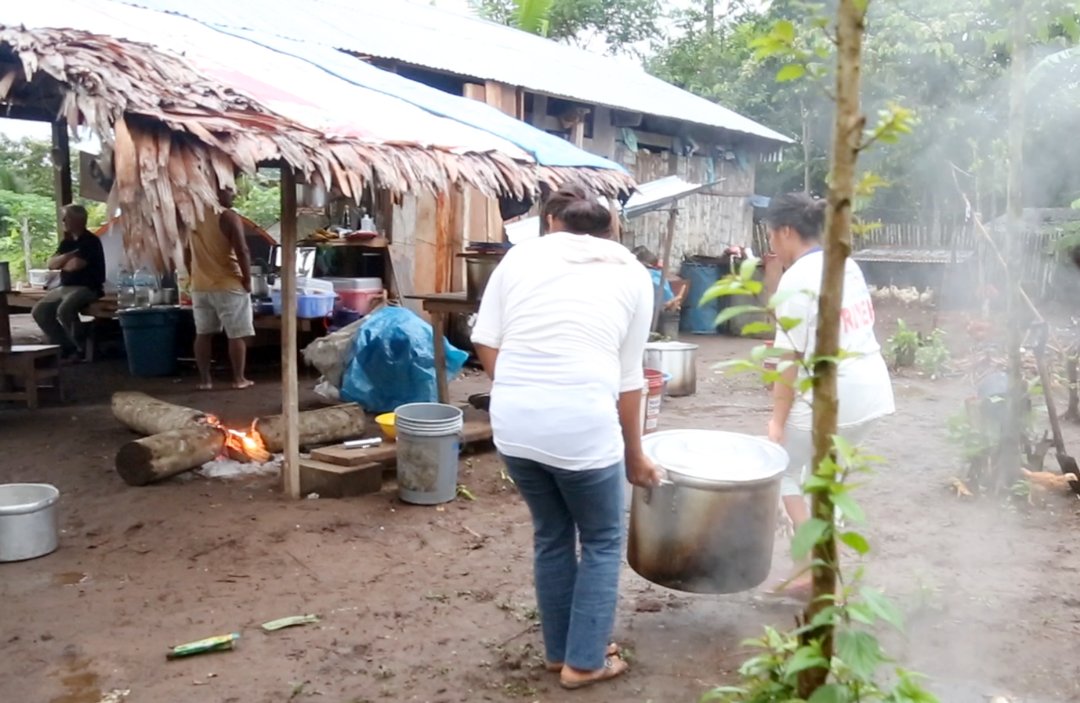 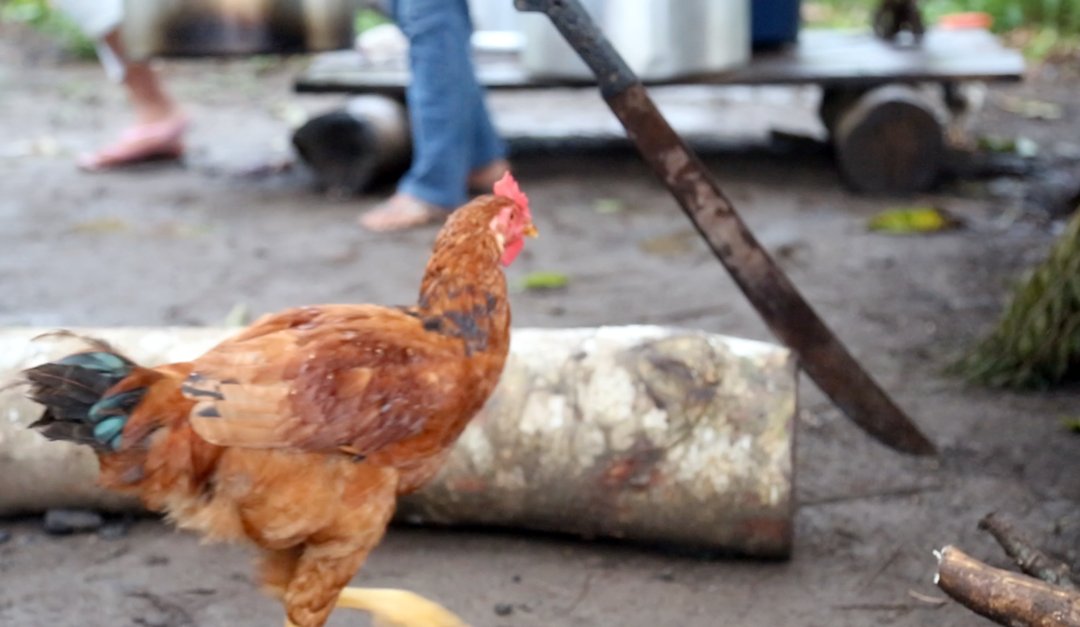 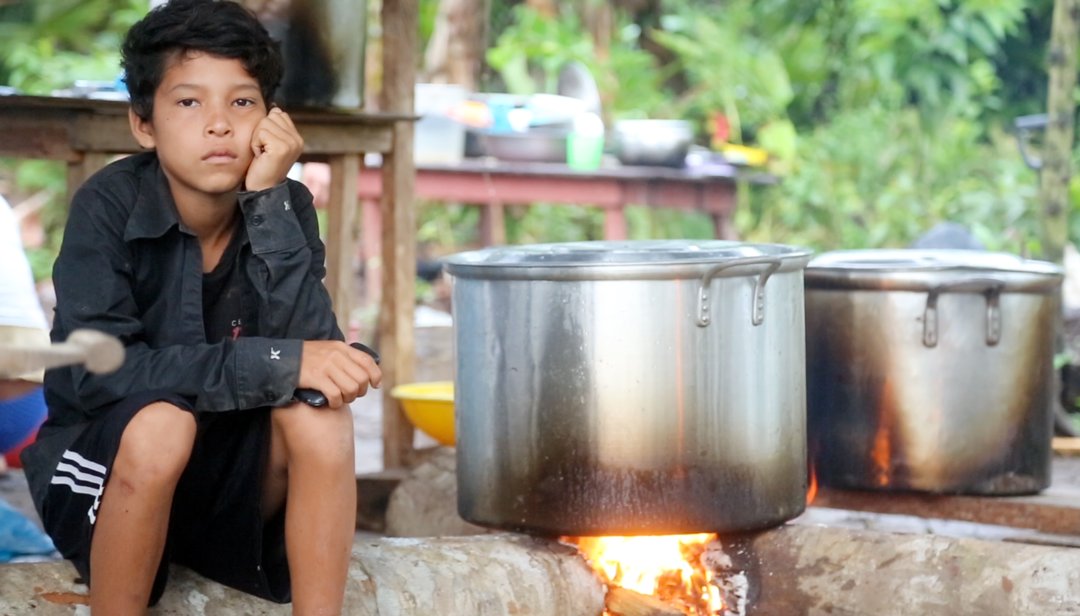 There are no users currently online